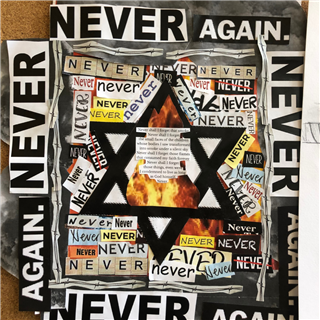 Understanding the Holocaust through Text and Image

The bulletin board in Dan’s classroom is filled with detailed artwork and written reflections created by 8th graders after a unit on literature of the Holocaust. Bryce Edmonds explained that after months of writing papers this unit ended with a different kind of assessment. “We wanted to do something more artistic. We could create a collage or a memorial and include an artist statement about whatever we created.”
During the unit students read the graphic novels Maus I: A Survivor's Tale: My Father Bleeds History and Maus II: A Survivor's Tale: And Here My Troubles Began by Art Spiegelman as well as Night by Elie Weisel. For this final project they synthesized their learning into visual pieces that combined image and text to convey meaning - something they discussed at length when studying the ways in which imagery played a key role in the Maus narratives. 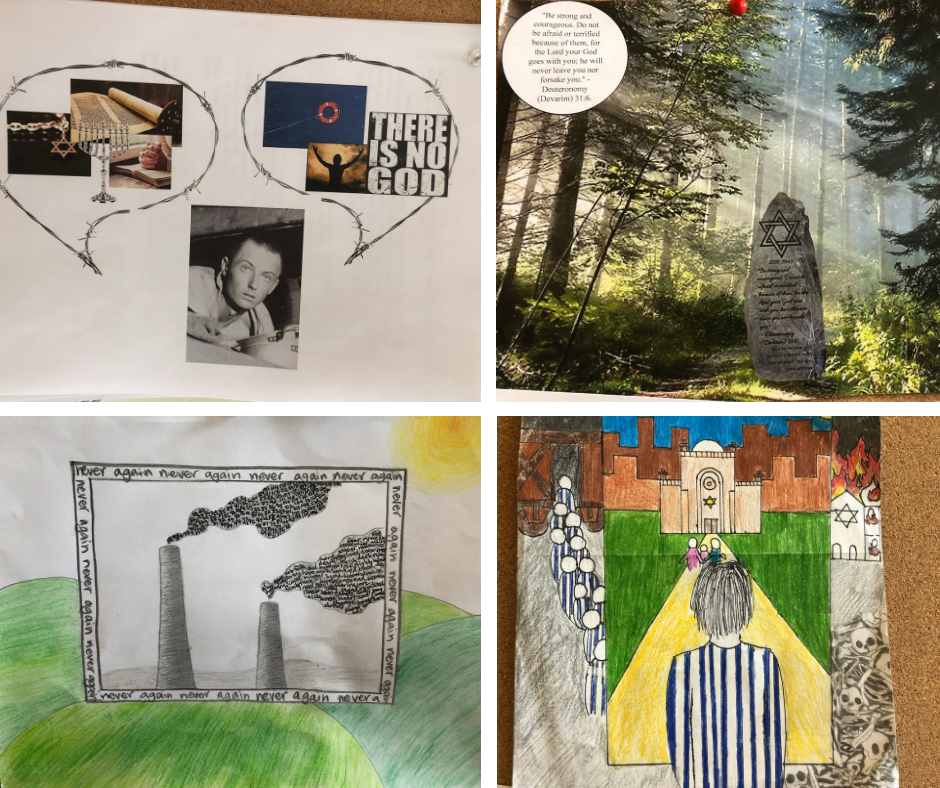 During the unit, Maya Dunkley explained, “We were thinking deeply about symbolism and how you can use pictures to express more than you can with words, across the board people did that a lot” in their final projects.
Kathy Chaletzky and Mabel Hanna worked collaboratively on their piece. “I had the idea of unmarked graves with both a cross and the star of David on them to symbolize that a lot of people didn’t have the benefit of having their own graves or their names being remembered,” Kathy explained. She noted that the dual religious symbols also spoke to the fact people of multiple religious faiths were killed. Beneath the painting of unmarked graves there is a collage of images, “we had the idea of connecting those graves back to family so we had pictures of families together, being torn apart, and then surviving the Holocaust.” 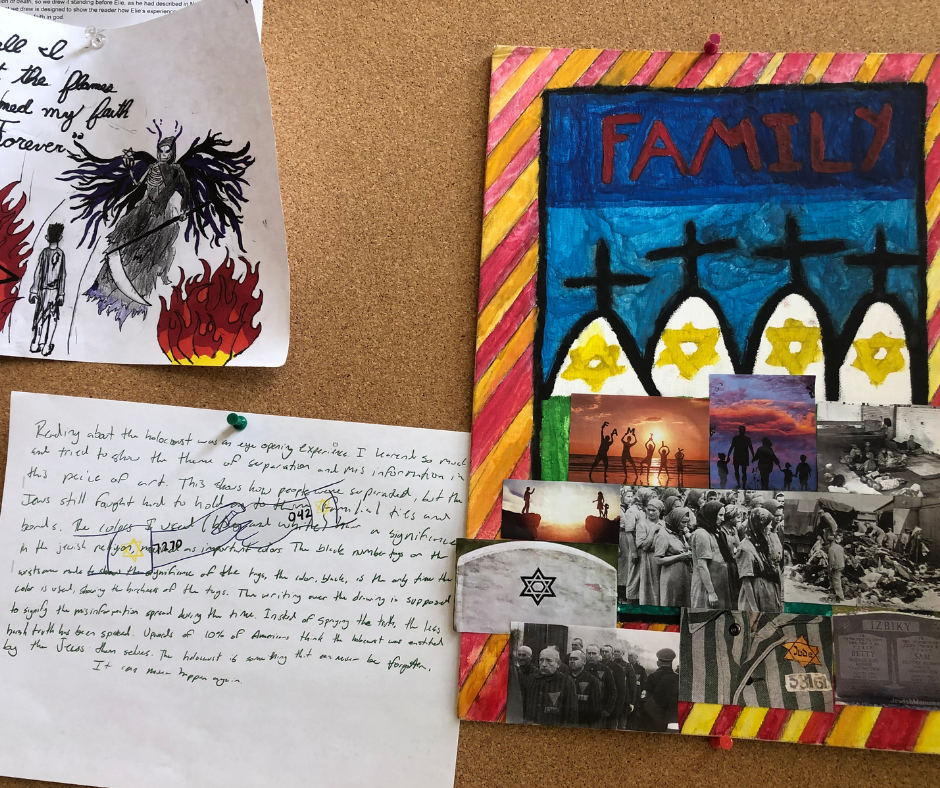 Dan reflected on the unit and its particular poignancy at this moment in time. “It’s challenging for anybody to wrap their minds around the Holocaust, in both its inhumanity and its scale, so teaching Maus helps students visualize the events through a very personal story. It lets the students see the victims of the Holocaust as three-dimensional people, and not just as ‘victims.’ Right before we launched the unit, a school board in Tennessee voted to ban this book from their curriculum, so our initial conversations were all centered around why we look at these texts, and why the lessons of the time are still very relevant in 2022. I was so wildly impressed with the students’ focus and engagement through the entire unit, and remain in awe of the artistic works and statements they produced as a result of analyzing these texts. Students came away from their work with a clear understanding of the historical context of the Holocaust, and a profound sense of responsibility to carry the lessons forward in their lives.” 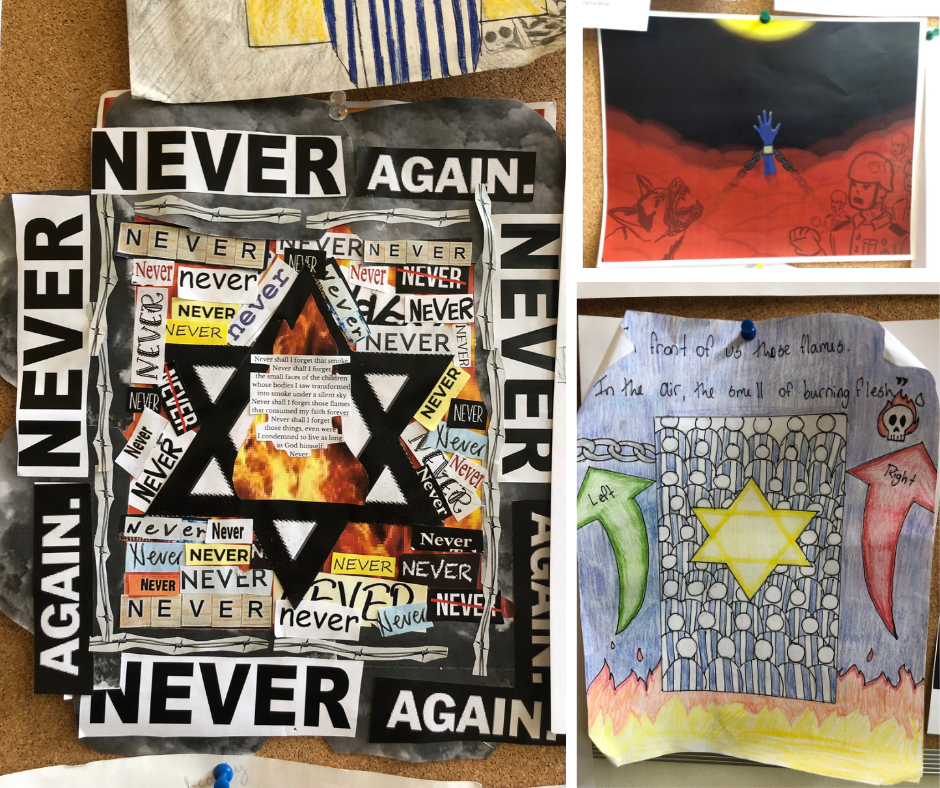