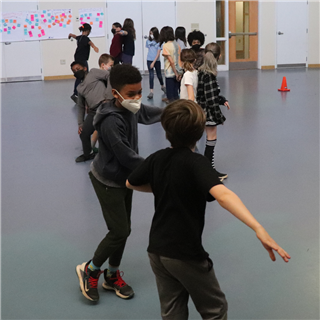 One tends to think of a rock as a stationary thing, lacking movement except when thrown, and certainly devoid of emotional impact. But 5th graders will tell you otherwise after spending a week exploring the rock cycle with their whole bodies. The day before Spring Break began they gathered in the multipurpose room for a stunning performance under the direction of Kelly King, a DC dance artist. Kelly worked with them throughout that week to learn about how movement and music can teach, convey meaning, and bring a community together. 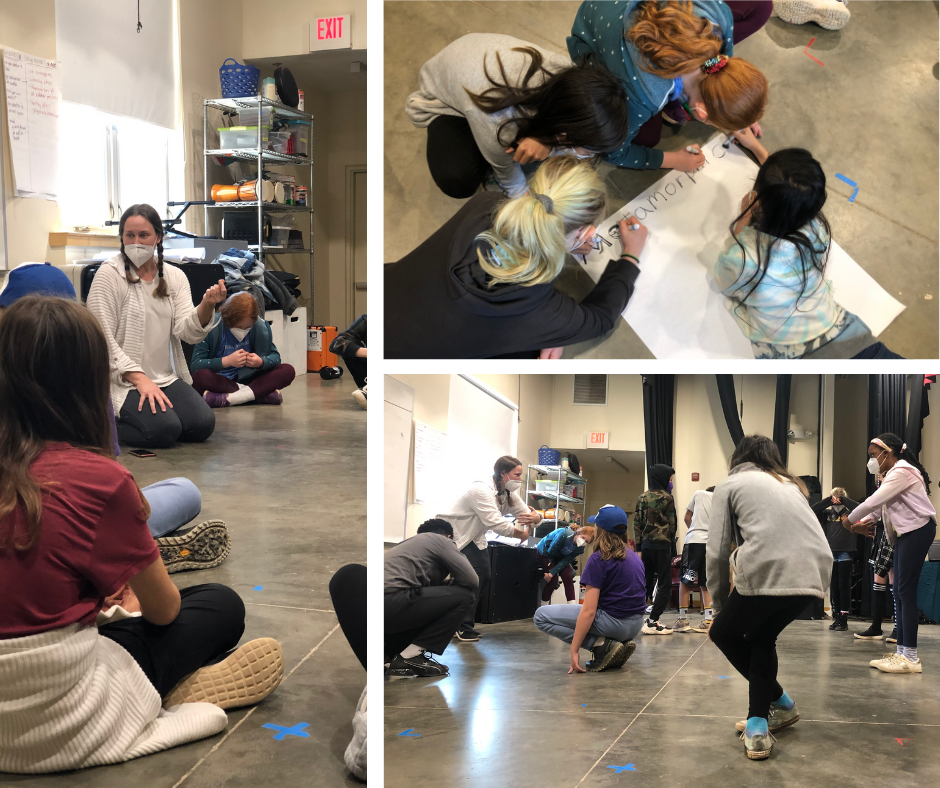 In rehearsals early that day you could hear Kelly issue the directives as students paired up, glided apart, moved in partnership, and to their own inspiration. “You are elements combining!  When your partner is still, that is your cue to enter, find a place of stillness so your partner can come to you.” 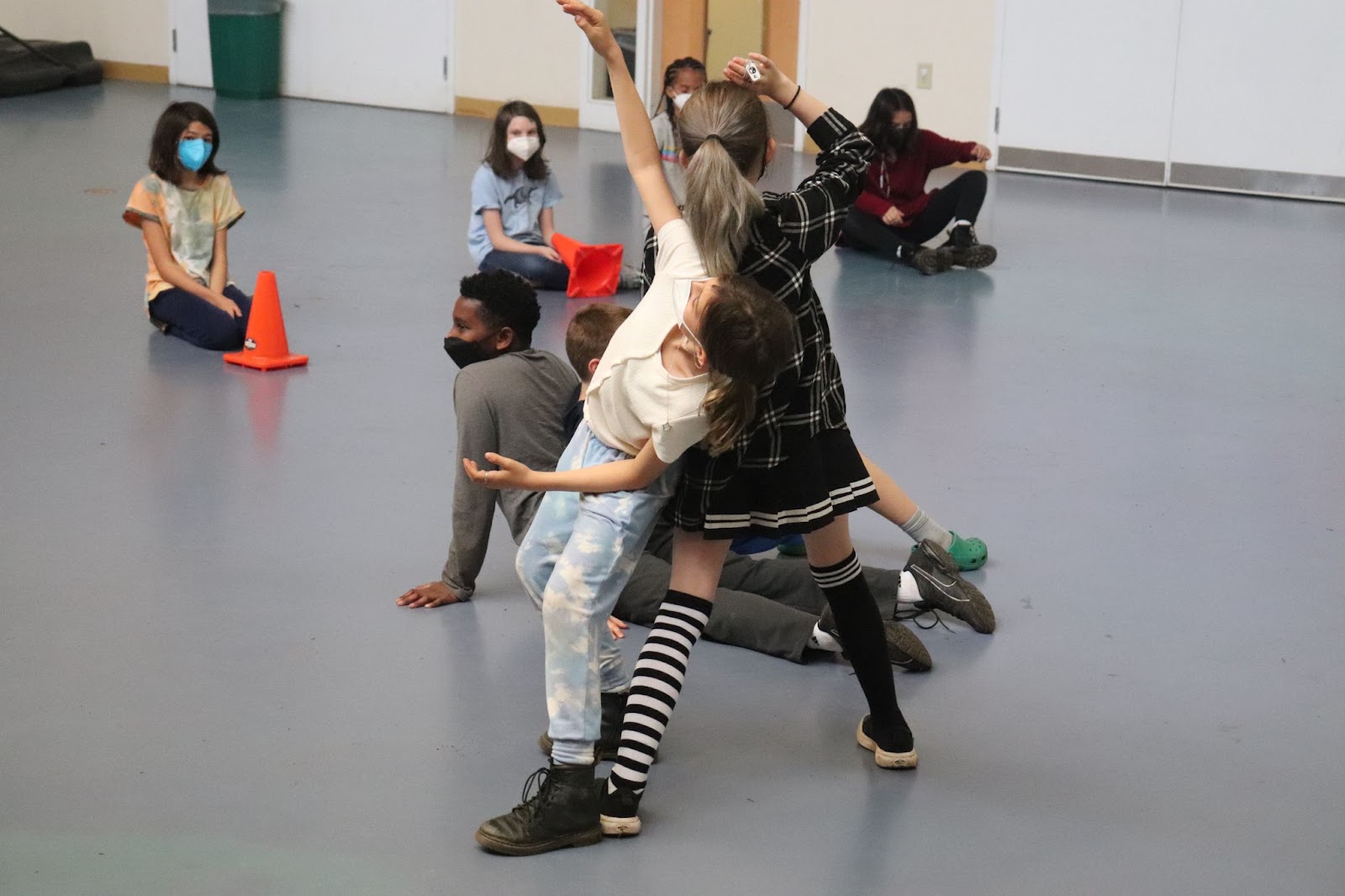 As one watched the students explore what their bodies could do moving high, low, around and over one another the gestures illustrated the creation of sedimentary, metamorphic, and igneous rock. As rocks they exploded, cooled to a standing position, re-melted, eroded, experienced pressure and heat, and became sediments. 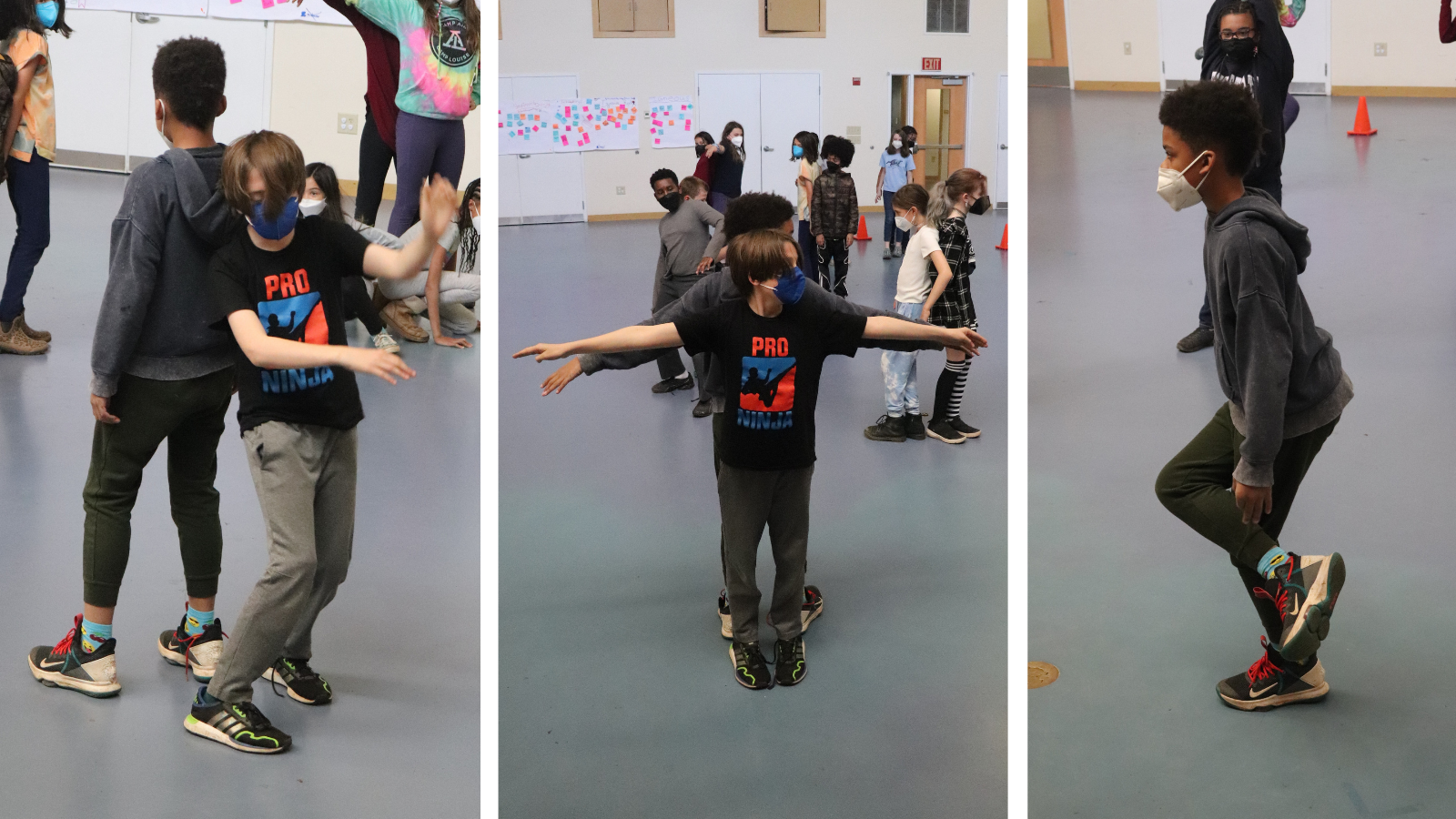 “I felt like we connected with each other by thinking of where the rock had pressure and how we made our shapes,” said 5th grader Briana. “Going through the rock cycle was cool and it was really nice to dance with partners and see different ways we can do things together, different shapes and levels.”
Her classmate Maisie agreed. “I love science but I also really enjoy moving my body when I'm fidgety. So to combine those two things is really interesting and fun. I never thought that I could do science and movement at the same time.” 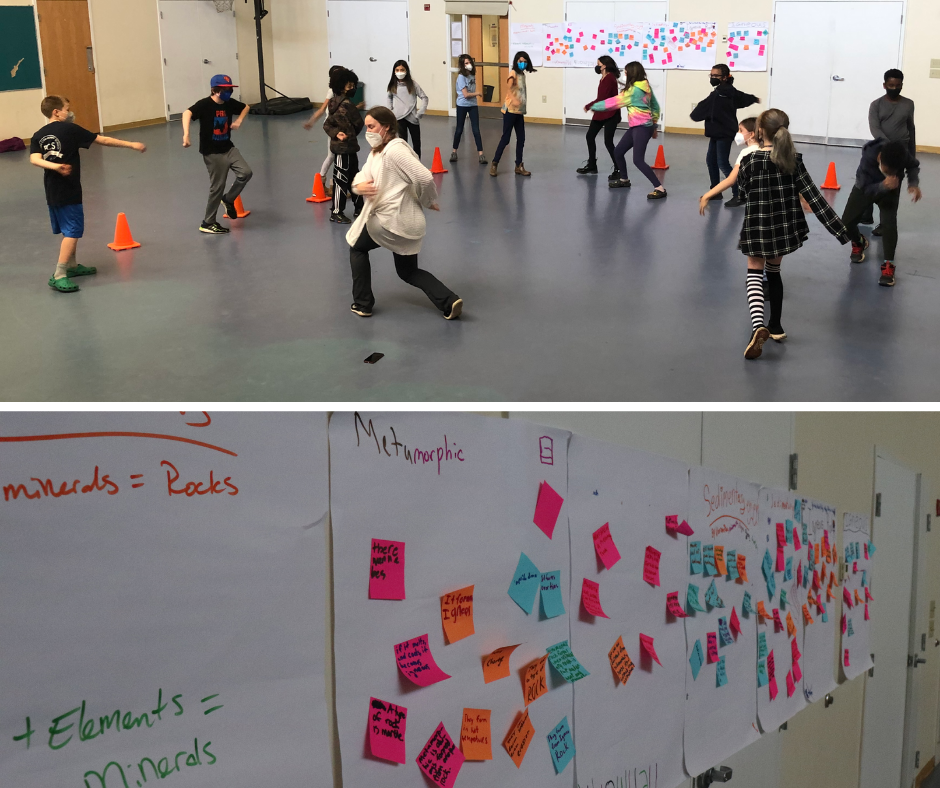 Another classmate, Sarah, noted that the flow of the movement at times “was really calm and it almost made me sleepy,” but the focus of the experience “made me feel in the zone. It was even emotional in a way, the way our dance portrayed some drama when we were falling and everything.”
In a performance debrief with the class, Maisie shared aloud that the free flowing dance “felt so practiced but also like you could do whatever you wanted.” 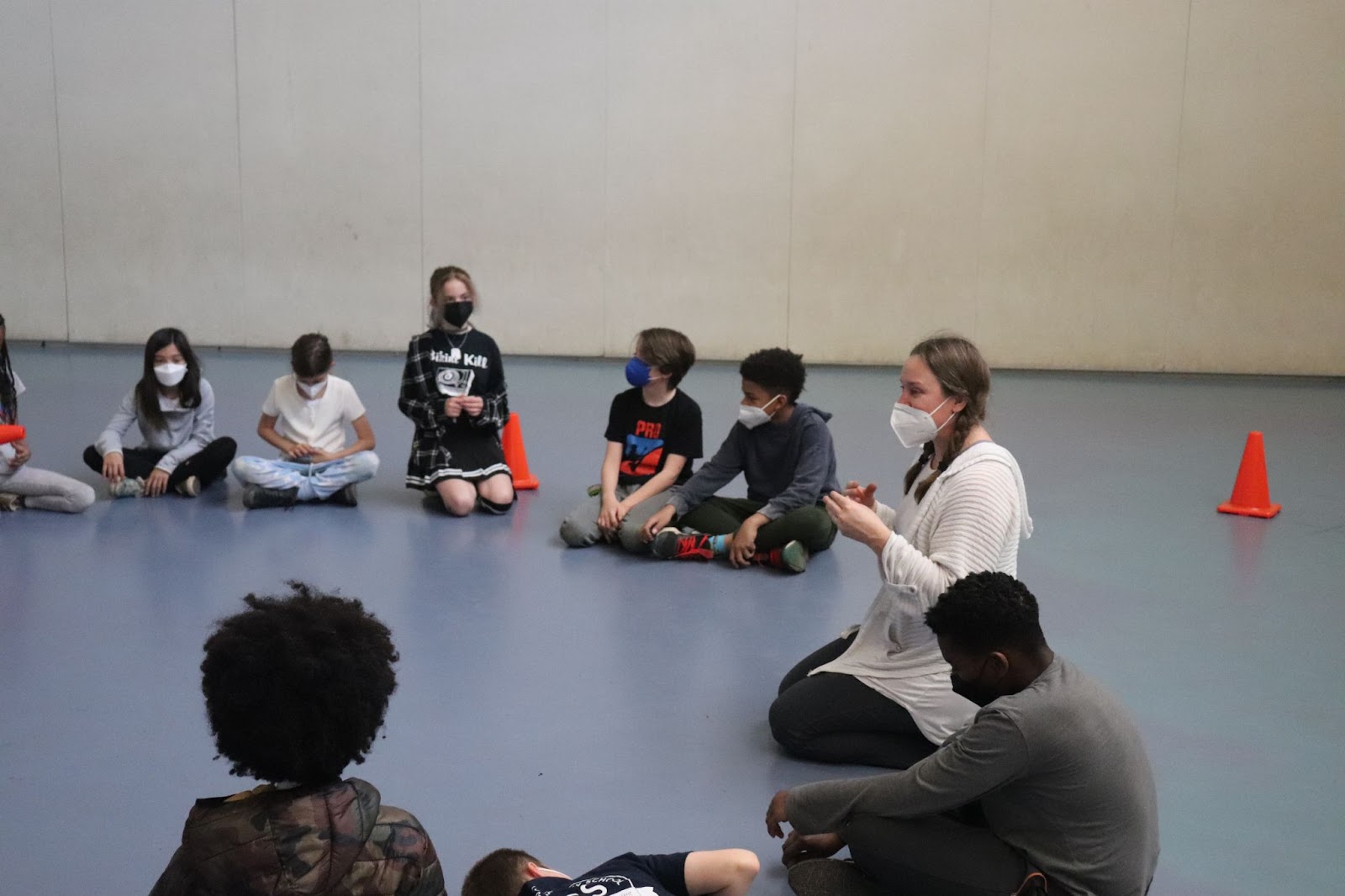 Kelly affirmed her observation noting that in an improvised dance, “we all knew the what [the rock cycle] but the when and how and where were up to us individually and collectively. That was structured improvisation, or organized chaos. We moved so organically to what we were listening to. That’s something to think about in a broader picture, how that music influenced how we moved. Think about that. Artistically we move to what we hear. Rhythm is innate to us as humans.” 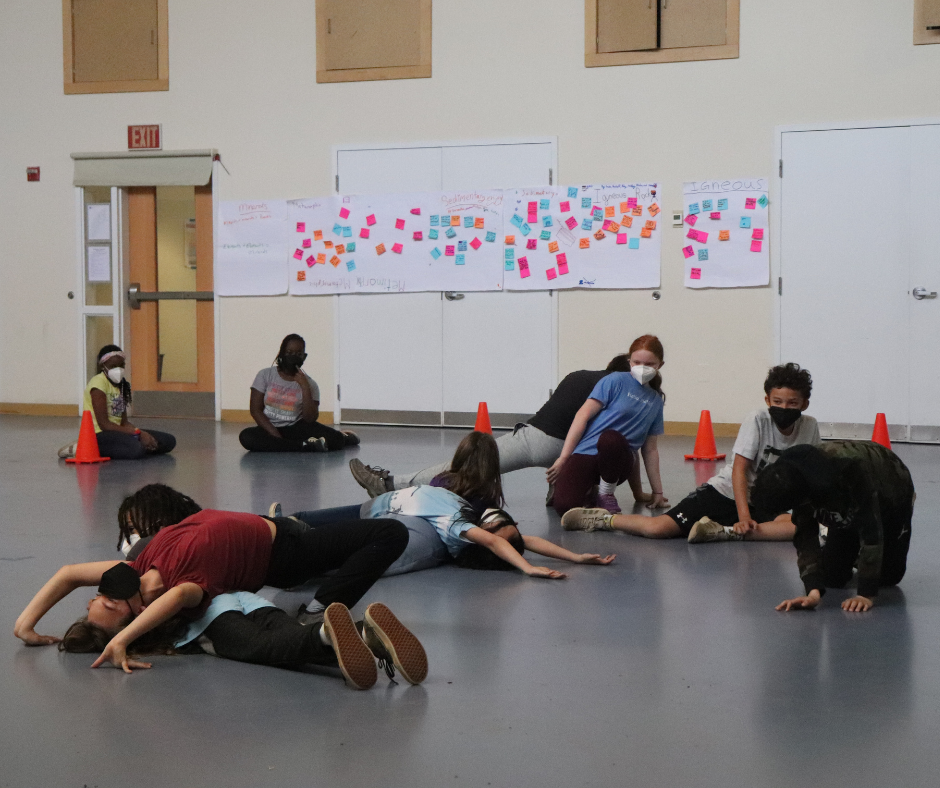 This point is particularly important in the work that Kelly does with students because research shows that introducing children to dance at a young age is critical to whether or not it is something they engage in long term. “If kids don't move by 6th grade they won’t. Your body is always a tool for communication, but to be able to harness it and know your limitations and what you might be capable of is powerful. Sometimes I don’t even know how I feel until I move, and it’s so important for kids to get that. As they learn to dance they are learning to exercise curiosity, judgment, and observation and to discover that those ways of being are physical. That’s important for changing mindsets. It teaches them to consider through their bodies ‘what would happen if I actually got curious about whatever is happening here?” 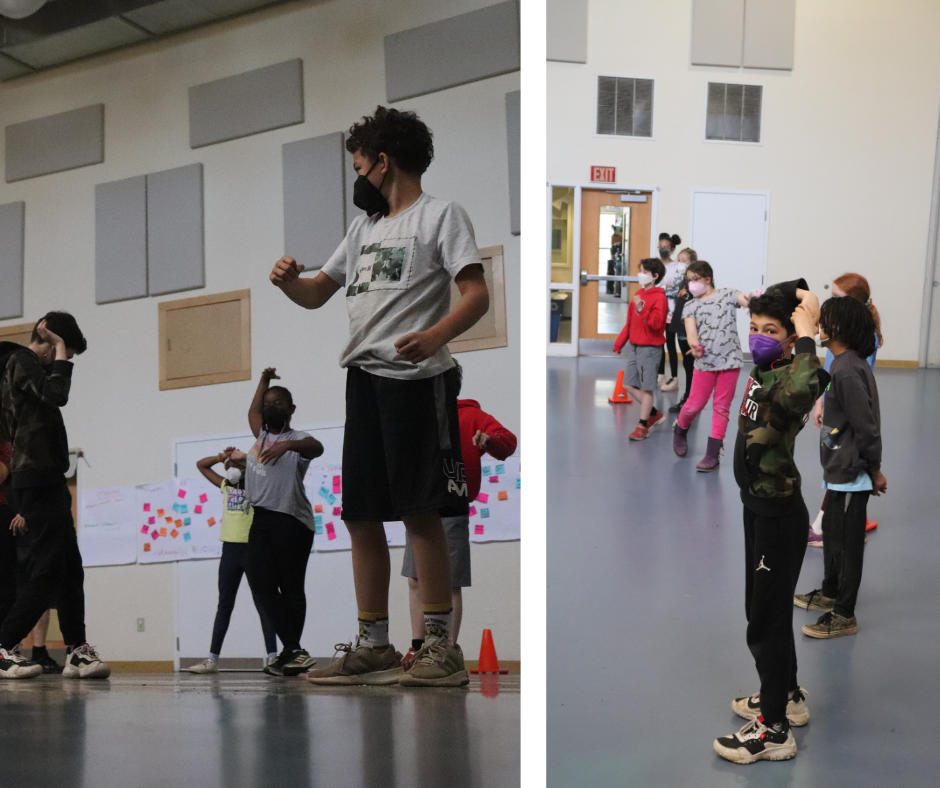 In talking with students after their performances it was clear that they learned much more than the rock cycle through this experience. The dance residency took place during the first week in 2 years when middle school pods got to mix indoors. That was unsettling for students, but the dance proved to be an incredible way for them to see what was possible together.
“I liked being able to dance with many different people since the groupings changed in the middle of the week and it was just nice how you could let loose and have fun,” said Josie.
Daisy concurred, “It was a great way to get to know people in the other 5th grade advisory and make friends.” 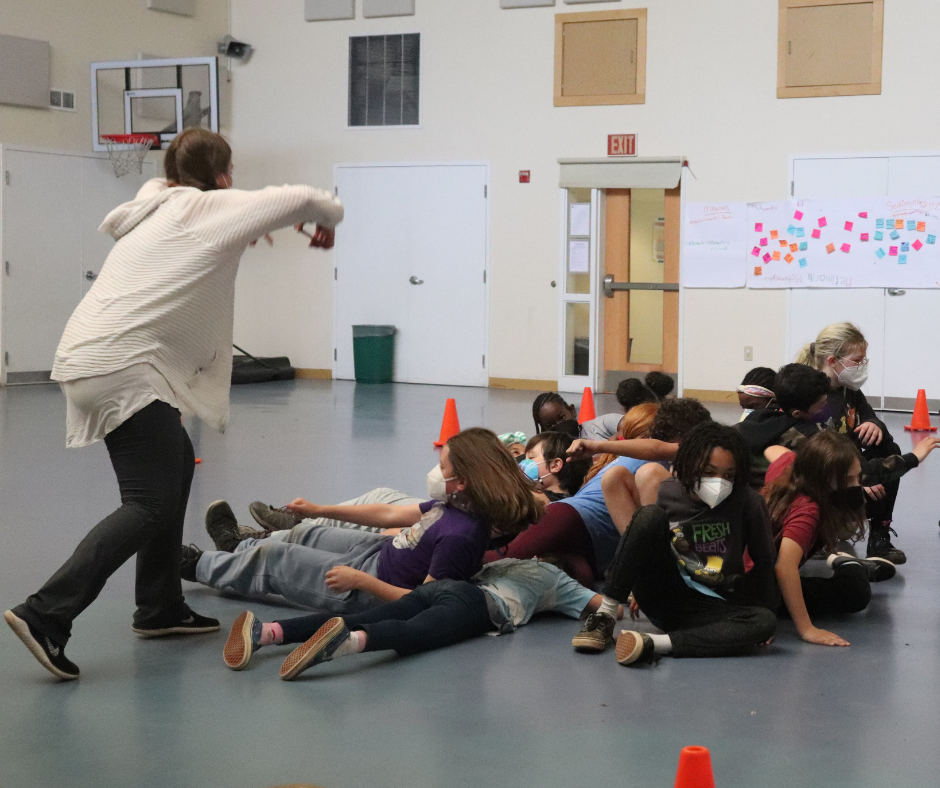 Noel noted that at first the dance experience was a little embarrassing. “It was the first time I’ve danced on purpose in years but at the end I warmed up to it and it was fun. I liked dancing with everyone.” 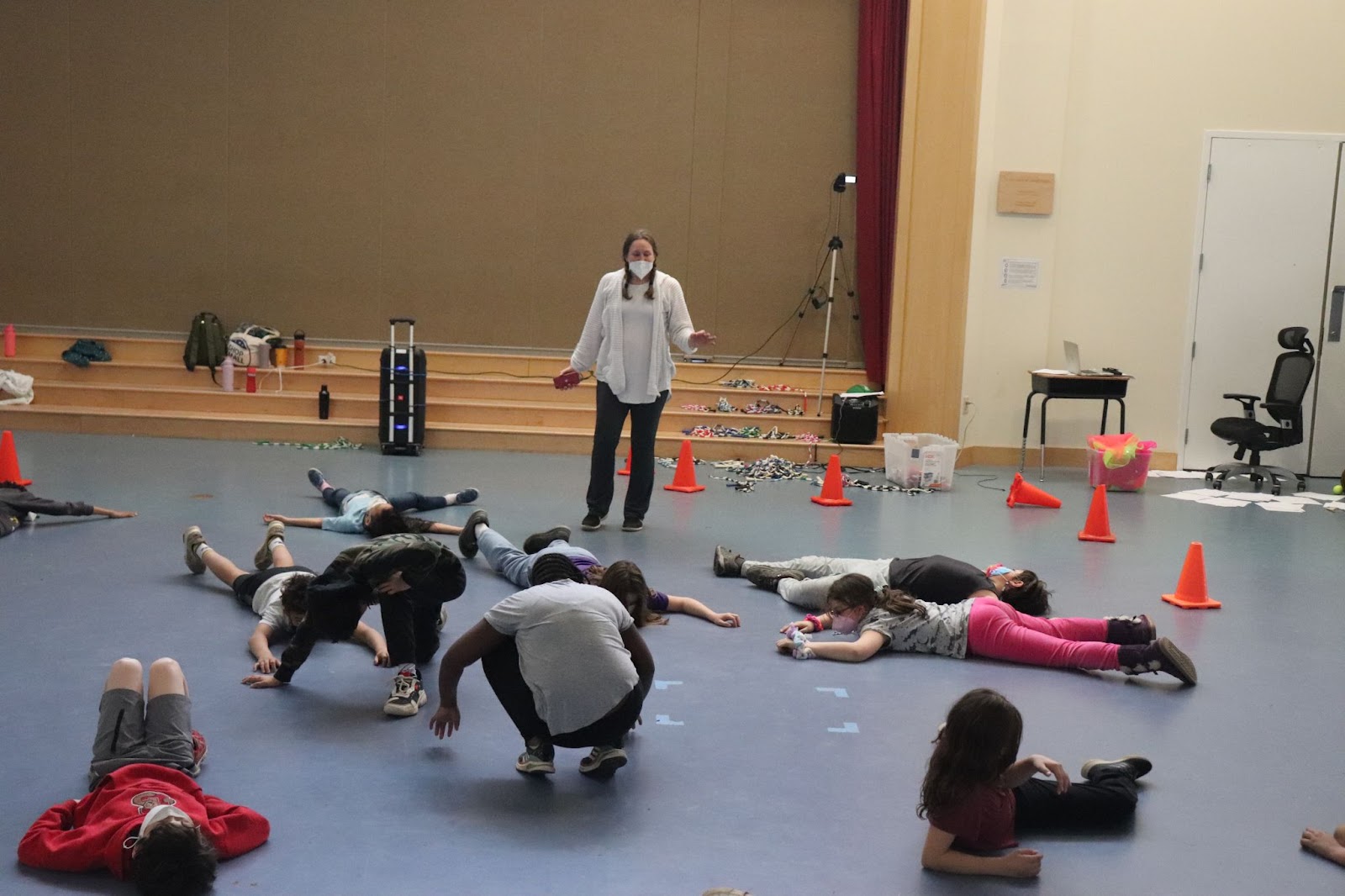 Two months ago Kelly fractured her pelvis and after a long recovery journey she shared with the students that this was the first thing she’d been able to do in a school since then. “It has been really wonderful to be in this space with you and to be able to explore dance with you,” she said. “You were just very aware of yourself and each other. You really worked together as a group but most importantly I saw you all dive in and it was really beautiful. Thank you for making my return to work after two months of being immobile so much fun.”
Back
Located in College Park, MD, Friends Community School is a progressive Quaker K-8 day school, founded on the belief that every child is a valued member of our community. We offer a challenging curriculum imbued with strong values of equality, integrity, community, environmental stewardship, simplicity and peaceful conflict resolution, rooted in our Quaker heritage.
Friends Community School
5901 Westchester Park Drive
College Park, Maryland 20740
301-441-2100