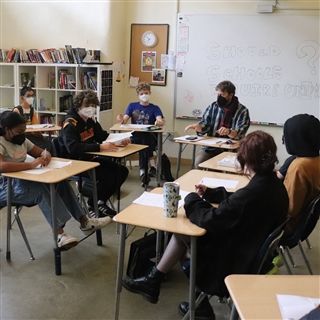 Even though FCS isn’t a school where students wear uniforms, it turns out our students have thoughts on the topic. This month Dan Stafford’s 7th and 8th Grade classes had the opportunity to share those thoughts in structured debates that addressed everything from uniforms to voting rights to unemployment. These grades “love to argue about literally anything and make their points so it was really fun to give them the tools to do that more effectively,” Dan explained.
The unit grew from something Dan used to teach in electives but he realized that this year spending time teaching all of his students about debate would be a good way to build their skills for analytical writing. "In 7th grade," he says, student writing "focuses more intensely on academic and analytical writing, where students really need to to make inferences and use text evidence.” Debates are an experiential way to learn how to do that kind of writing. 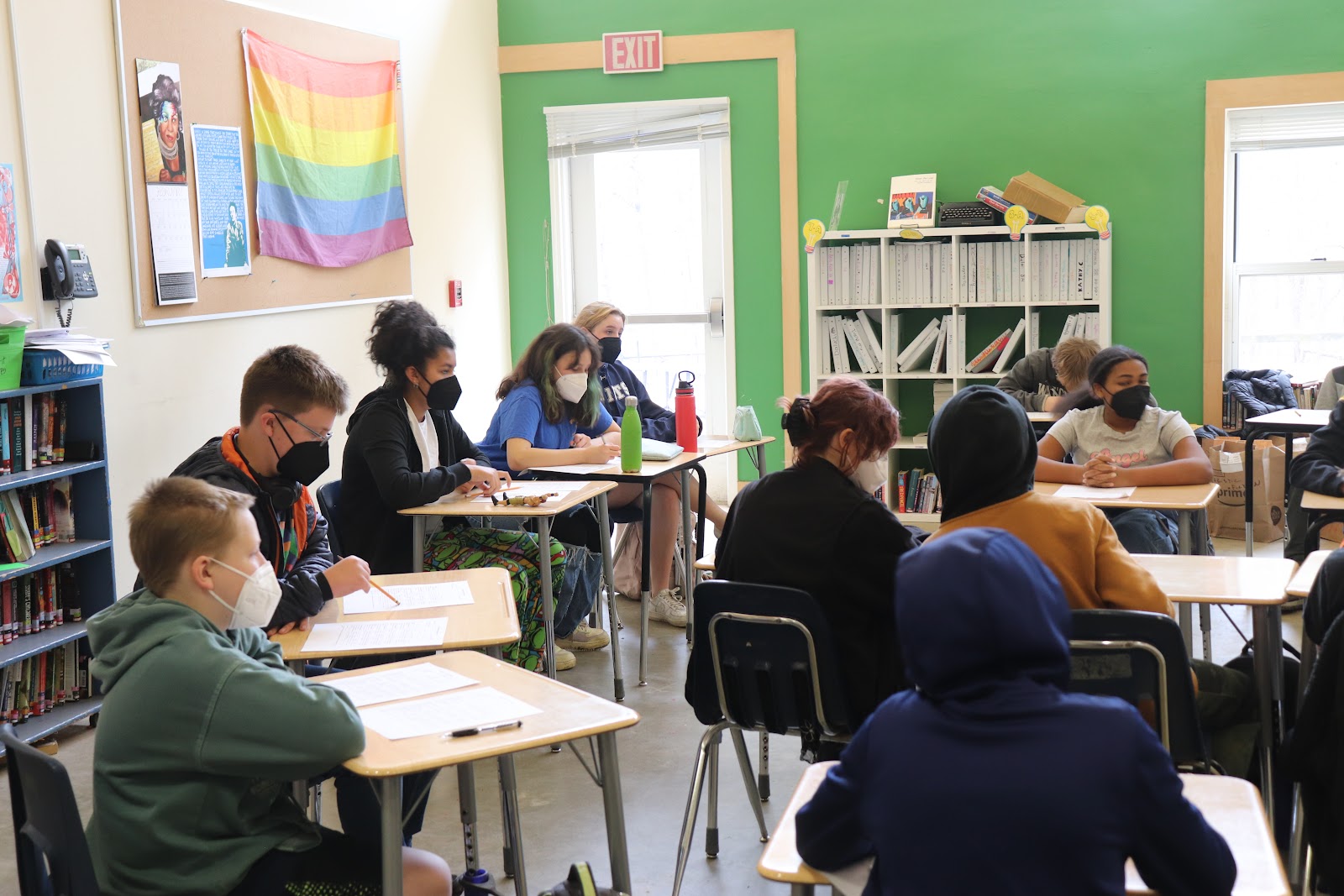 This unit began with a study of rhetorical debate and then teams of students were given a provocative question to research. They found text evidence to support arguments for and against the subject of the question, for example, “Should students be required to wear uniforms in school?” Each team crafted three claims they would make, including what arguments might be made against these claims. This left them well prepared when the debate occurred to argue either side, which was useful because they didn’t know which side they would have to argue until a day before the debate took place. 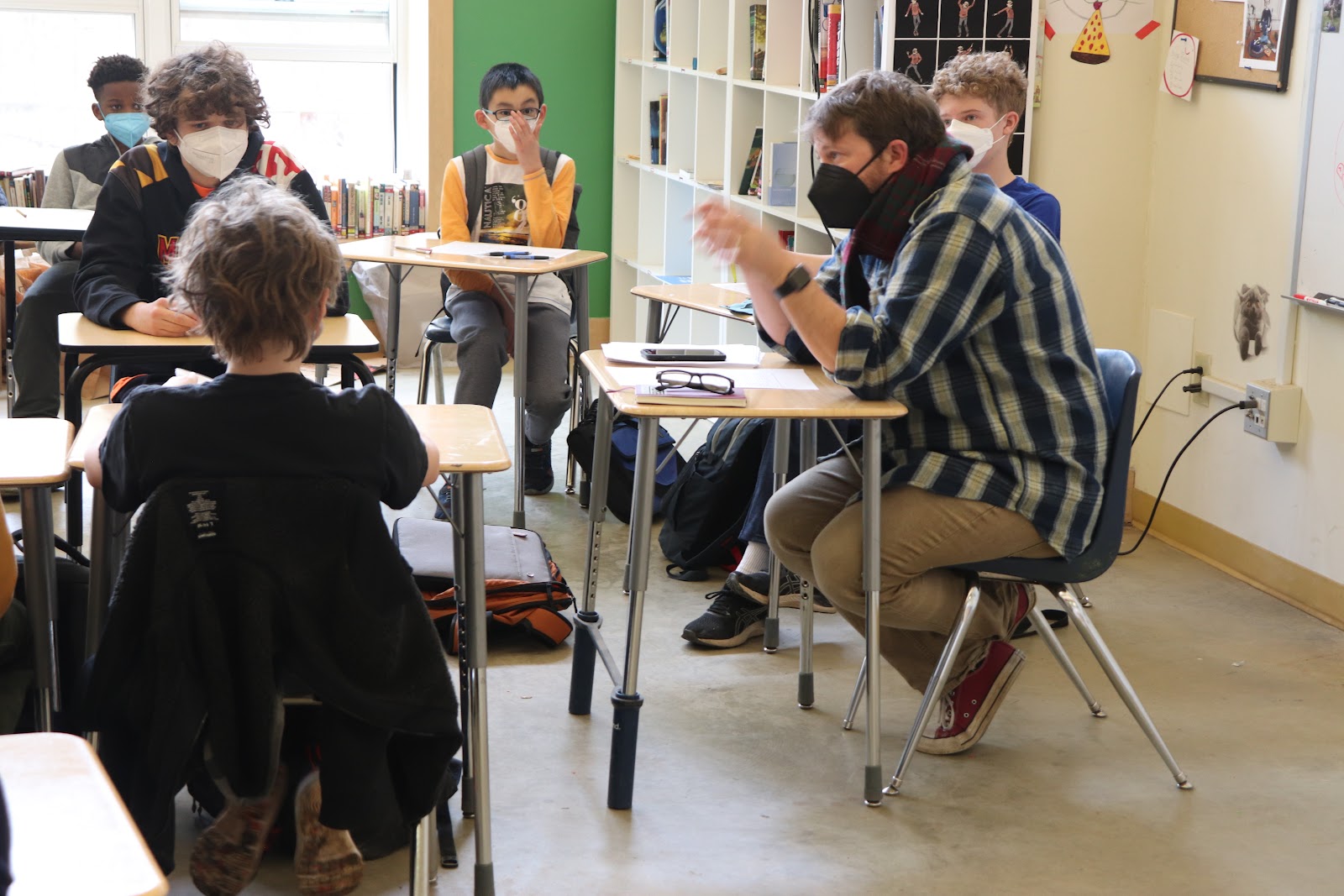 7th grader Katie debated whether religion should be allowed in public schools and argued that “if students can learn a lot about every religion they can learn more about other people’s beliefs,” and that will expand their understanding of people in general. “I liked doing the debate a lot, it was fun. I liked the structure of it and it was fun to research stuff.”
Evan, also a 7th Grader, debated whether violent video games hurt children. “We concluded that they didn’t really because playing these games reduces stress and makes people less aggressive.” 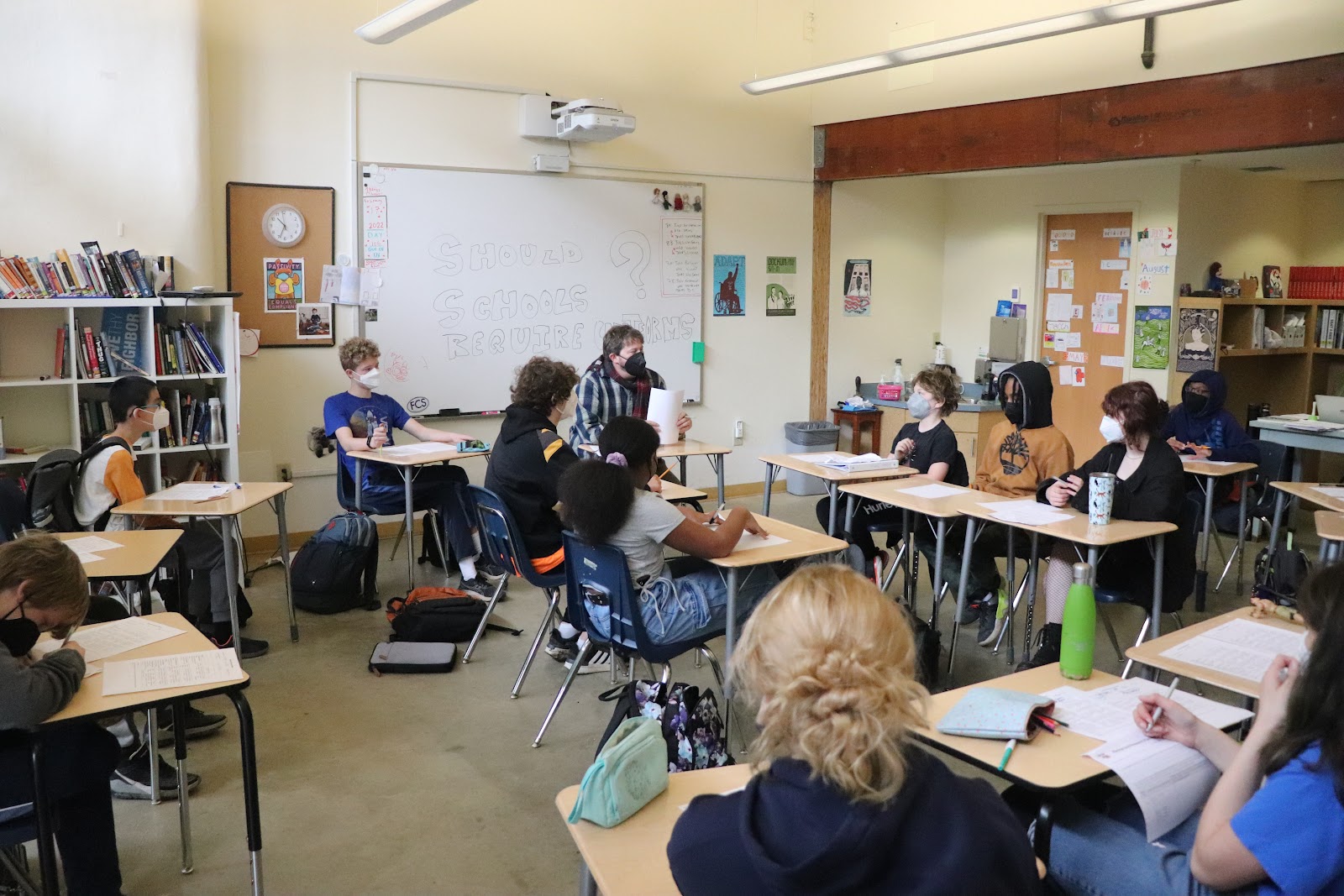 Dan said this created some interesting discussions around “how you debate a question you disagree on. There were some topics where students stood wildly on the other side of what they ended up having to argue but they still did a great job of debating the claims they were making.” 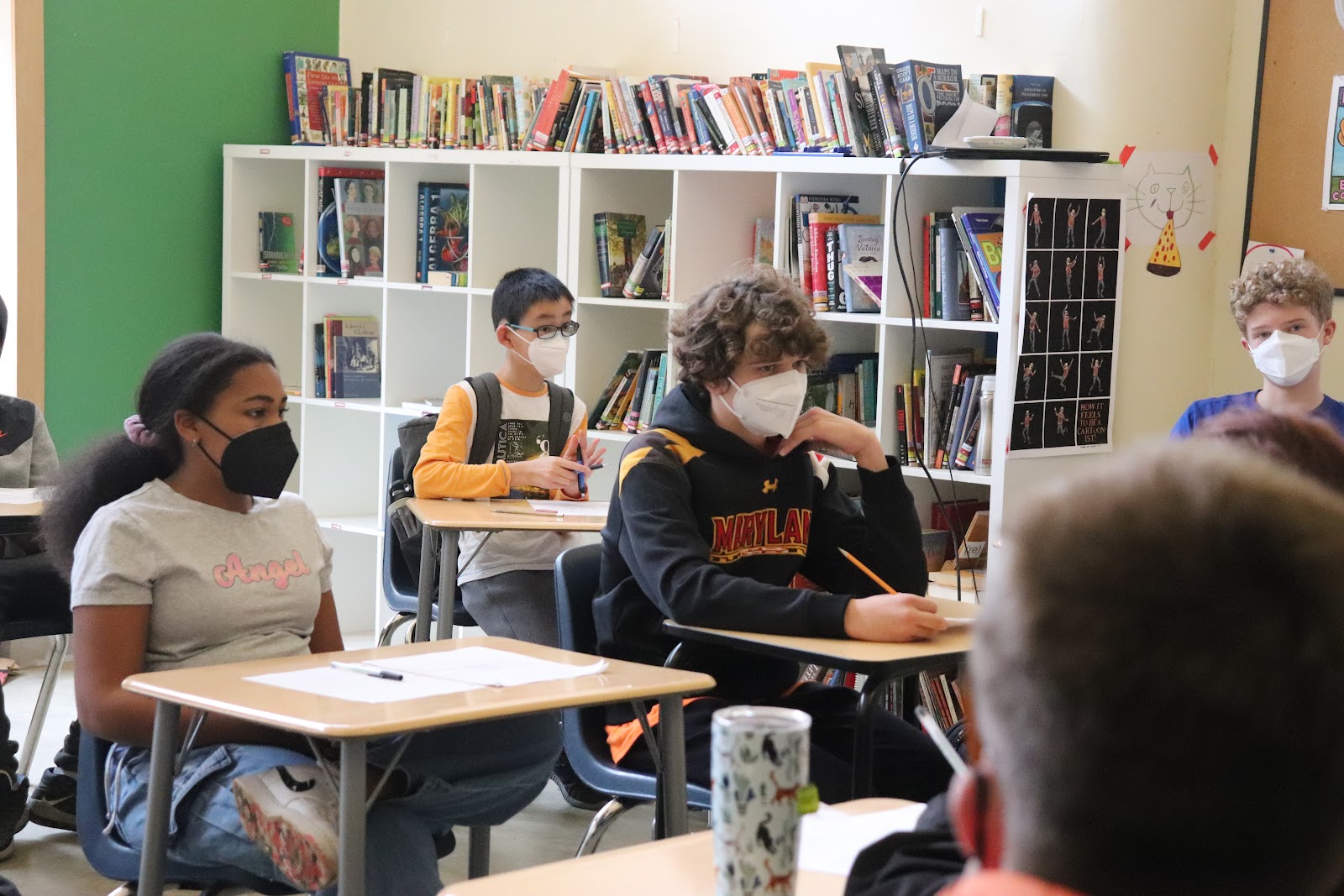 Dan found the unit particularly powerful this year because it offered space for students to work on their social/emotional skills. The structure of a debate requires listening, thoughtful turn-taking, and informed rebuttal, a back and forth that Dan noted students missed out on for a good chunk of the pandemic.