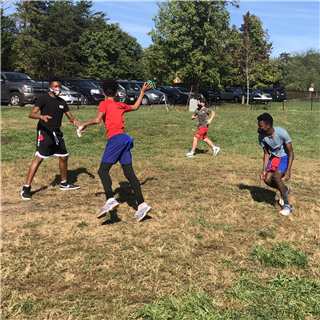 Not Your Everyday PE

Every corner of the FCS campus, inside and out, has become a classroom this year as we find more and more creative ways to use the space for learning. The large unmarked field is often occupied by two classes at the same time as, in order to maintain our pods, Brighid has joined Mark in teaching PE this year. But if you wander out there expecting to see a classic game of soccer, you may be met by a surprise.

Last week students in Brighid’s class romped about with ropes and blue and red flags tucked into their pockets as they played a rousing game of Hoop-a-Doop. Students who have been at FCS for several years can probably tell you how to play Frazleerham. Not familiar with these sports? Welcome to the Morley games. 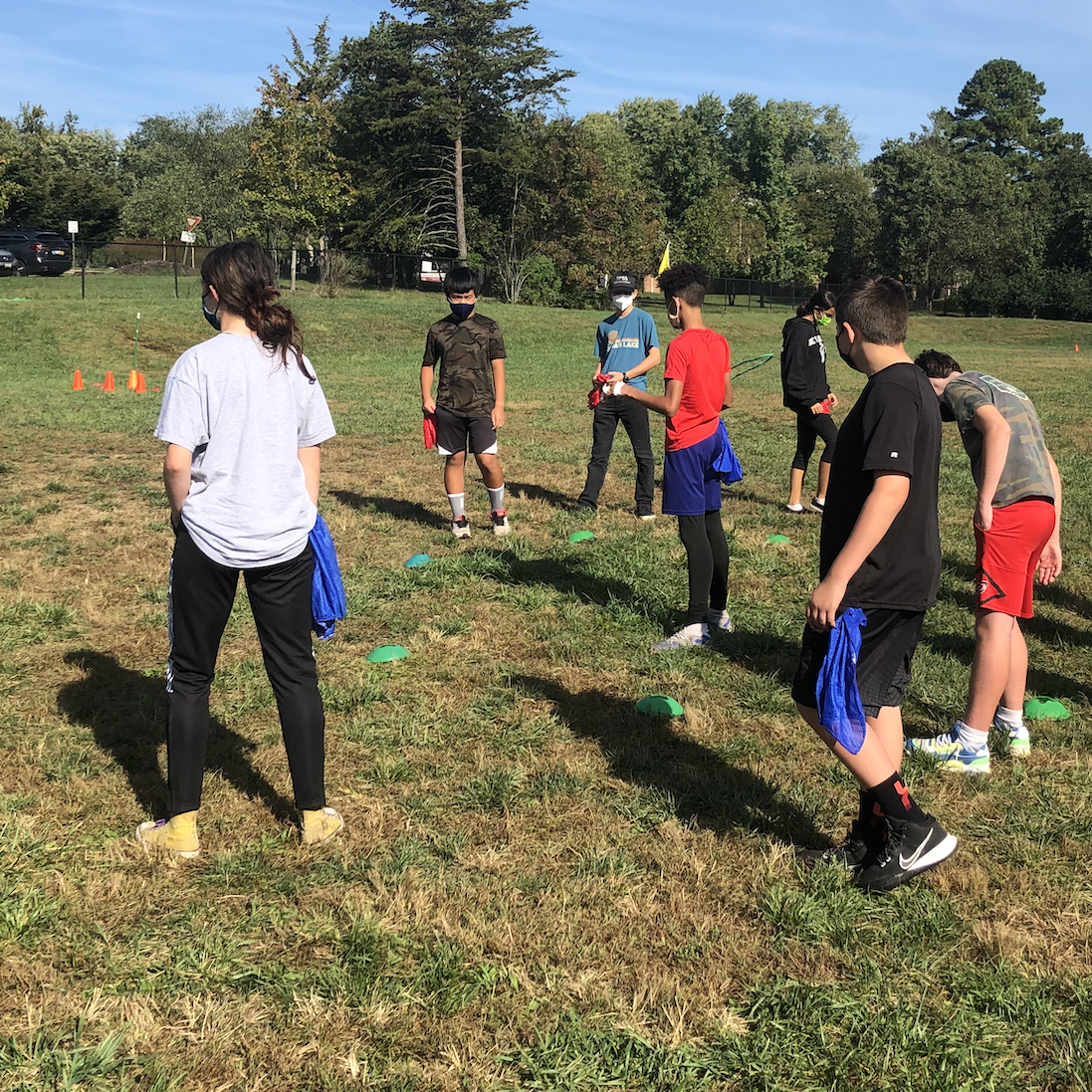 As Brighid explains, “I wanted to try these unusual games during an unusual year. They require non-standard equipment (like brooms, buckets, and bike tires) and can be played in spaces with no discernable boundaries. It has been a long-held tradition that FCS students learn the Morley game called Frazleerham in PE before heading to Catoctin. At the campsite, there are two rhams (small wooden pens) that visitors can use to play this weird and wild game featuring animal noises, a rubber ball, and a large paint bucket.” The tradition of learning Frazleerham is back again this year as students in 7th and 8th grade are making their way through several of the Morley games. If you’re interested in adding these to your sports trivia knowledge you can learn all about them here.
Back
Located in College Park, MD, Friends Community School is a progressive Quaker K-8 day school, founded on the belief that every child is a valued member of our community. We offer a challenging curriculum imbued with strong values of equality, integrity, community, environmental stewardship, simplicity and peaceful conflict resolution, rooted in our Quaker heritage.
Friends Community School
5901 Westchester Park Drive
College Park, Maryland 20740
301-441-2100